MASTERED BY HER CAPTOR is back!!!

It’s back!!! MASTERED BY HER CAPTOR is available for pre-order on Amazon again!

They had decided to ban the book and cancelled my pre-order. So… if you pre-ordered it before, or want to now, it’s available!

The man who kidnapped me has haunted my dreams for weeks. Hot sexy dreams of his full lips moving on me. Over my naked body. Touching me in soft, intimate places.
As my captor, he wore jeans and a casual shirt. I hadn’t known that the man who brought my sexual fantasy to life is a powerful, wealthy businessman.
Now I’ve tracked him down, determined to convince him to give us a chance.
I’ve seen his eyes with a dominating edge. I’ve seen them filled with passion. And even filled with an intense need that rivaled my own. But now those eyes are cold and detached, as if what the two of us shared was nothing to him.
But I won’t give up.
Erik King
Kalie wants a relationship. Flowers and candlelight. Soft words spoken in front of a fire. But I’m not a romantic kind of guy. I like my sex rough and hard. And I like my women soft and submissive.
Just because she enjoyed a fantasy about being kidnapped by two strong, powerful men, she thinks she can handle what I want. She doesn’t get that what I enjoy is in a whole different league.
She seems intimidated by my status, which is good. I intend to take every opportunity to keep her off balance. For her own good, as well as mine.
Her unyielding determination tells me it will be difficult to convince her to back off. Thus, my only alternative is to use intimidation to scare her away.
So I will give her the chance she’s been begging for, confident that in the end, she’ll be begging to get away from me.

Special Bonus: I really want to ensure you don’t miss the beginning of Kalie and Erik’s story so I have included the novelette, The Captive, which is the prequel to this novella.
(Note: Both The Captive and Mastered by her Captor follow Mr. King from The Office Slave series.)

All books in the Mastered By series are stand-alone HEA stories with no cliff-hangers and can be read in any order.

To pre-order on Amazon:

The other on-line stores have it for pre-order, too. (They never had a problem with it!) 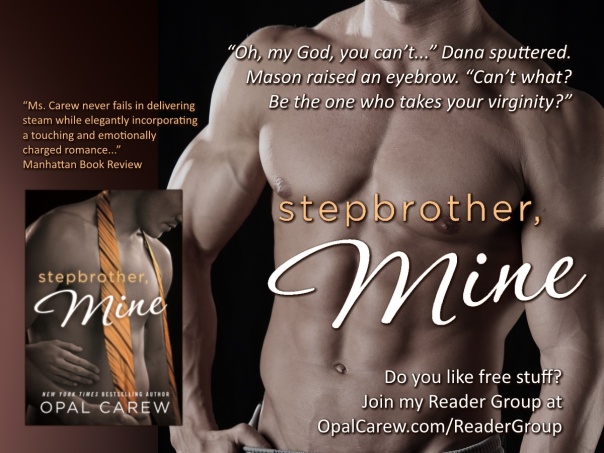 Congrats to those who won my last three giveaways with Goodreads! For those of you who were not as lucky, I’ve got some good news…

I’m holding another giveaway! That’s right: this one is for a chance to win one of FOUR paperback copies of Stepbrother, Mine through Goodreads!

Again, no purchase necessary, and the giveaway is open until midnight tomorrow (May 15th!).

Follow this link to enter to win one of four paperback copies of Stepbrother, Mine. 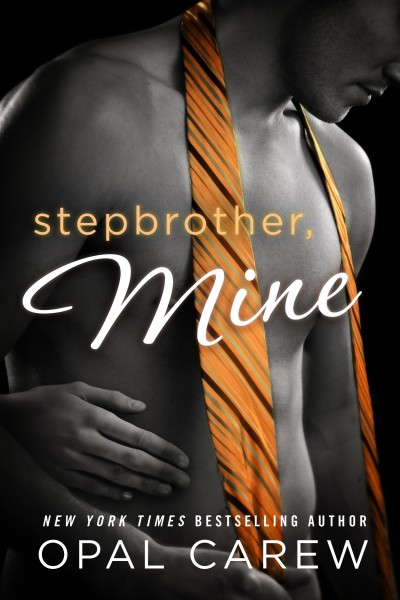 How far will she go to get the life she’s always wanted? Dana’s always had a clear vision of how her life would go and how she’d get there, but when her father dies during her final year of college, her whole world threatens to topple down. In desperate need of money, she takes a drastic step. She decides to auction off her virginity.

Mason is used to getting what he wants. The head of his own corporate empire, he has wealth, means, and no shortage of beautiful women ready to fulfill his every need. But despite having it all, Mason is bored. Until he comes face-to-face with a woman from his past. Unable to let Dana slip away again, Mason bids on the one thing he’s always wanted, even if it is completely forbidden. He’s fantasied about having her to himself for years, touching her smooth skin, tasting her sweet lips, but Dana is off-limits, or is she? What started out as a way for each of them to get what they’ve always wanted is about to turn into so much more….

And stay tuned for my next Goodreads Giveaway, starting May 16th!

After a very rocky road,  The Captive is finally available! 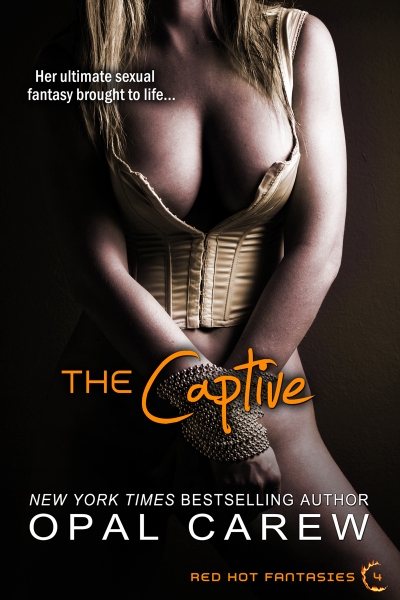 Kalie has a deep, dark fantasy about being kidnapped and taken by two strong, powerful men. Being totally at their mercy with no chance of escape. It haunts her dreams. Draws her with an overwhelming intensity.

Now her friend Becca has arranged to bring that fantasy to life, just like she’s done with their other friends’ fantasies. Kalie can hardly wait to be bound and overpowered.

But when she finds herself in the clutches of these two strangers, she is shocked at her desperate need to be possessed by the man named Erik.

Erik King feels a strong draw to the young woman whose fantasy he is helping bring to life. But he refuses to feel anything for her except the lustful stirrings derived from having her at his complete mercy. He doesn’t intend to see her again after this fantasy scenario is done. Being involved with someone as sweet as Kalie is bound to bring him pain. Just like the woman before her.

And Erik doesn’t intend to be hurt again.

Why a rocky road, you ask? Even though I had it up for pre-order for a couple of months, Amazon decided to ban it and cancel the pre-order. (For those who had pre-ordered it, apparently you were told that I hadn’t sent them the files in time, but I actually had everything to them well ahead of time, so that was a little frustrating.)

Anyway, I seem to have convinced Amazon to release The Captive after all, with some adjustments to the description and to the cover. The other vendors (Barnes & Noble, Kobo, Apple, etc.) had no problem with the originals.

For fun, here are the “before” and “after” covers for Amazon. The other vendors still have the “before” cover. (The changes are that I shaded the area over her hip and moved part of her corset up to cover little more breast.)

It’s still possible Amazon might decide to pull it again, so if you want to buy The Captive through Amazon, you might want to do it soon!

Note: If you already have final story of The Office Slave series, you have this story. Also, it will be included with Mastered by her Captor, which comes out on June 21st.

The Captive is also the fourth story of the Red Hot Fantasies series. You can read the stories of the other four women in The Male Stripper, The Stranger, the original The Office Slave story, and the upcoming The Bridal Affair (which will be released within the next couple of months.)

The exciting conclusion of The Office Slave series is out now! It’s available today on it’s own, as well as a part of the final boxed set containing two stories – On His Knees, and a Bonus Story about Mr King!

The whole series is now available as 7 individual ebooks or as 4 collections (2 stories each.) The collections are also available in print!

Buying the box sets is the best deal, though, since they’re each the same price as buying one of the stories individually! 🙂

New to the Office Slave? The entire series is now available! You can catch up on all the 7 stories individually, or in the 4 collections, also listed below.